When beachcombing in the Bahamas I discovered a number of mostly round, about quarter size, water filled, and plastic-like outside objects. I brought one of the odd objects to my professor and he informed me that they were a kind of algae (Ventricaria ventricosa) known commonly as sea pearls (also called bubble algae and sailor’s eyeballs). After recovering from the guilt of poping a whole bunch of sea pearls, thinking they were some kind of trash, I researched more about them. And in case you were wondering, they poped kind of like a water balloon. They were filled with water and not much else. Their cell wall was very plastic like and rubbery. Sadly, they did not resemble a large version of the classic plant cell you learn about in biology class.

Turns out they are considered one of the largest unicellular organisms out there, as they can reached 2 inches in width! They are found through the world in tropical and subtropical areas. The pearls can contain multiple nuclei and chloroplasts as they undergo cellar division but they don’t undergo cytokinesis in which the cytoplasm divided. They also have multiple chloroplasts thanks to the same process. Each pearl has multiple cytoplasm domains that are connected via different microtubules. This is why they don’t have super large organelles like you might expect and I was hoping for. The pearls have been studied in an effort to develop better medical membranes.

Typically sea pearl grows by themselves at deeps of 260 feet (80 meters). They prefer to live in broken coral habitats. They vary in color as the coloration depends on how many chloroplasts each pearl contains but can be green, black or silver. They reproduce by cellar division, the parent pearl produces offspring by cells breaking off the parent. The below photo shows a cluster of offspring. 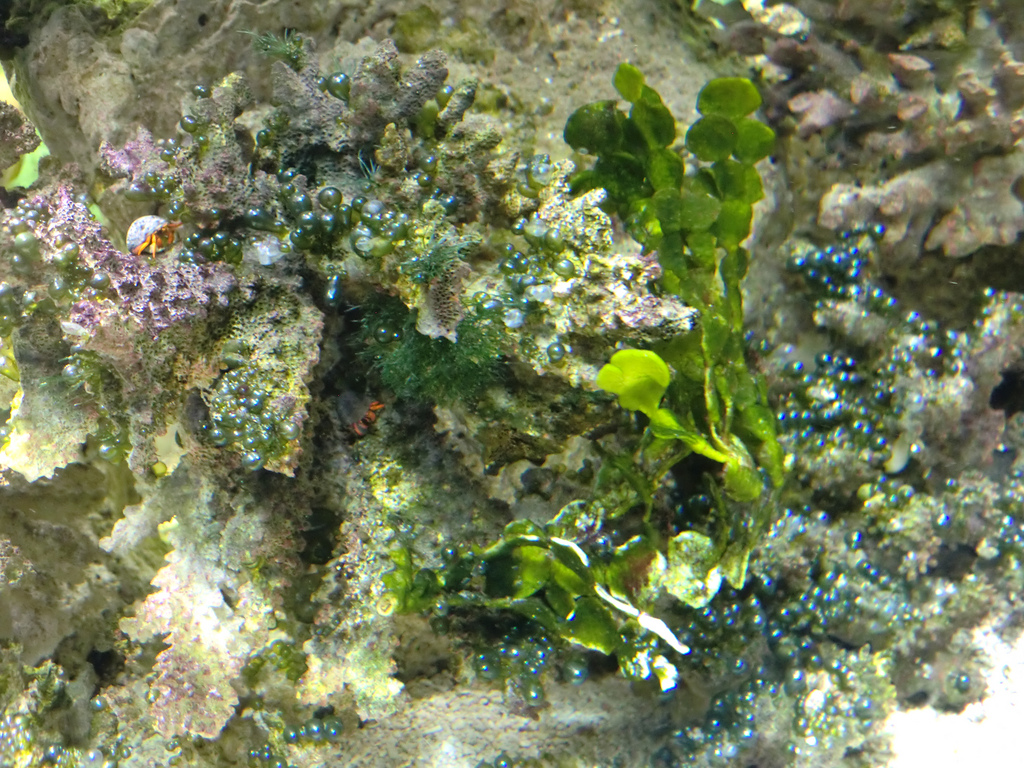