The spring peeper (Pseudacris crucifer) is a small frog that produces a very loud sound that those who live on the East Coast of the United States are very familiar with. Peepers range in size from 0.5 inches to only an inch. Males call to attract females. They either sit on vegetation or in the water to call. They will defend a small territory in which they call. Those males who can peep more loudly and rapidly have an increased chance of attracting a female. Larger males also tend to breed more. Due to the energetic cost of this event, peepers are not sexually mature until they are 3 years old. Once they are mature they waste no time, and one of the 1st frog species to start reproducing after hibernation ends. Females also lay a whopping 600 to 1000 eggs per season making them an R selected species. They are in the family, Hylidae which contains a wide range of species but is generally considered to be treefrogs and their allies. 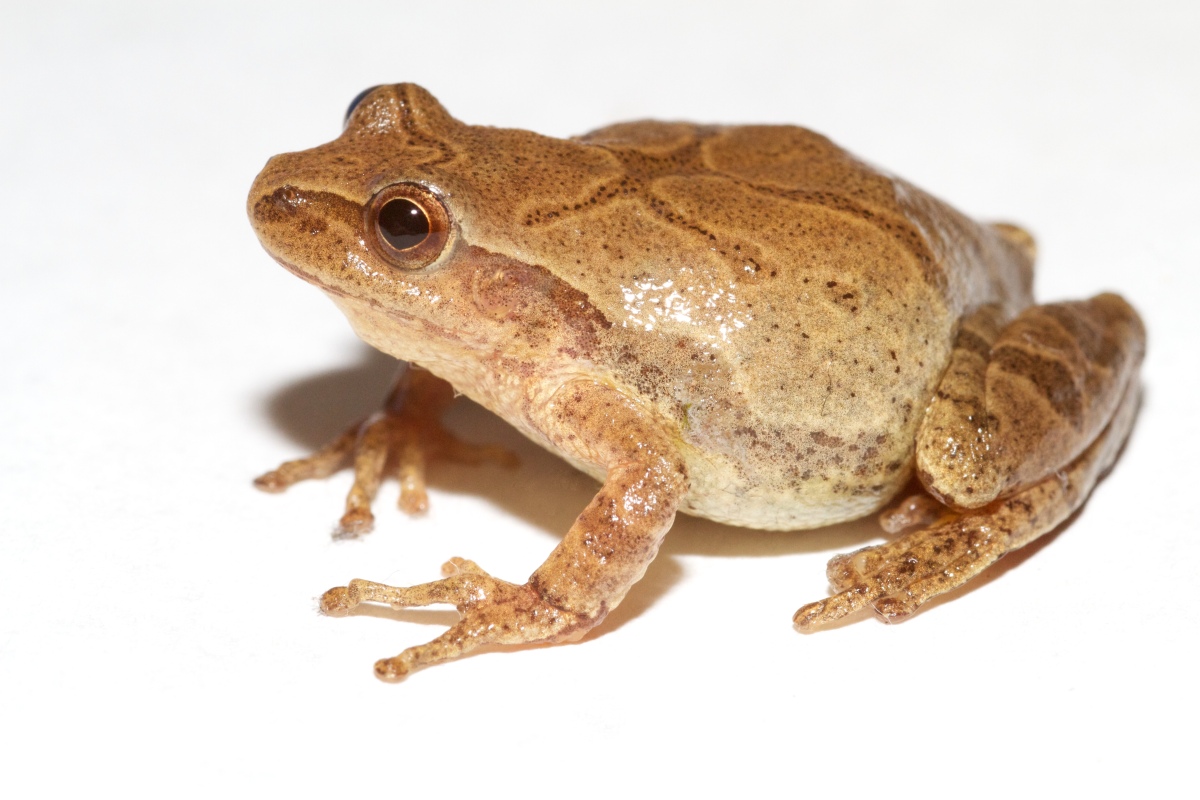 They are a terrestrial species and prefer to live in wooded areas near water bodies that they breed in. While they are good climbers (in fact they even have tiny suction cups at the end of each finger) they prefer to live hidden in the leaf litter or on the ground. They will lay their eggs in vernal pools, ponds or wetlands. The larvae then metaphorize 45 to 90 days later depending on water availability.  The frogs have a preference for those waterbodies that have vegetation and those without fish which can be predators of their larvae.  A study in Arkansas documented that the species uses caves in the event of a drought because of the high relative humidity.

Spring peepers are insectivores. Most of their diet consists of ants, beetles, spiders, and flies. Subadults and adults feed at different times with subadults feeding in the early morning or late afternoon and adults favoring late afternoon to early evening. This could be an example of resource partitioning within a species but I couldn’t find any studies on it. The larvae basically feed on whatever they can find in the vernal pools including algae, microorganisms, and detritus.

While the loss of wetlands in modern times has impacted the spring peeper, the species also continues to thrive and is not at risk of endangerment. The larvae will also die if the pH of the waterbody drops below 4.5 making the species at risk of impacts from acid precipitation. In addition, their small size makes the species a favor of many predators including salamanders, owls, snakes, and large spiders. The larvae can be eaten by a wide variety of benthic macroinvertebrates. To avoid predation the larvae can drop their tails in order to escape. One study found that as much as 63 percent of larvae do so. The larvae could survive with tail lose of up to 50 percent. Adults are also a host of a protozoan parasite (Opalina obtrigonoidea).