The one common characteristic that the tropics have in common is that the temperature is warm. The daily temperature usually changes more than the temperature average of the year. This is because the sun falls more directly on the topics than on other regions. However, depending on the region there will be changes in rainfall. Rainforest receives more rain than tropical savannas (more than 200 cm a year). Because of this savannas are more suitable to fires in the dry season. Some plants have adapted to be able to survive these fires, and often have visible scarring from fires. The animals have also adapted to the dry conditions. Because droughts are localized the animals migrate around the savanna. The soils are often acidic and are poor in nutrients. The soils are sandy and coarse textured. In addition, some savanna may become waterlogged during the year so the plants have to be adapted. For this reason, there is less plant diversity in savannas. 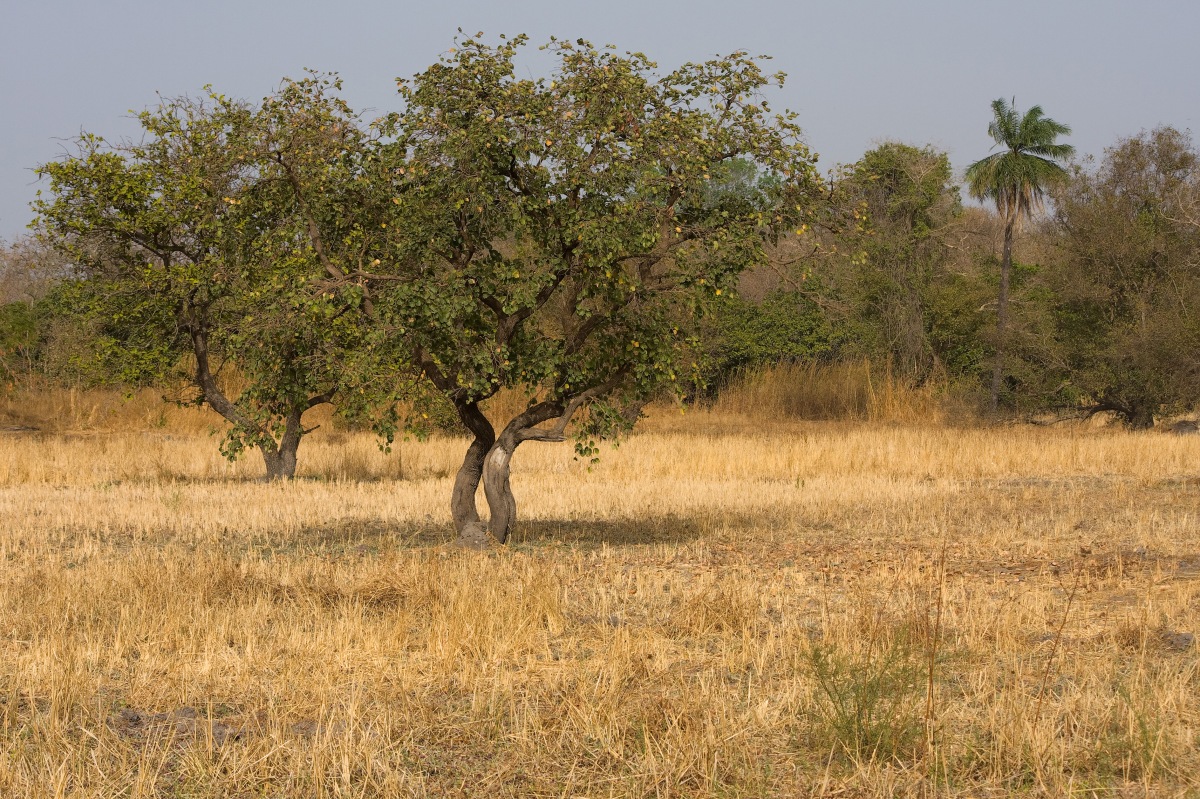 Rainforests, on the other hand, have to deal with excess moisture. Moisture can cause fungus and molds to grow. Some plants have developed drip tips because of this. Drip tips are sharp points on the end of a leaf that let water drip off the leaf. Leaves are concavely shaped so that water will run off of them. Leafs also have smooth edges rather than teeth to prevent water build up. Water build up would cause fungi and molds to grow on the leaf which would block sunlight and decompose the leaf. The soil is often moist and clay-like. Many monkeys are well adapted to live in the rainforest. They rely on the fruit which is in constant supply. In addition, new world monkeys have developed tails so they can easily navigate the tall canopy. Other animals have adapted to the heat by becoming nocturnal. Bats are an excellent example of this adaptation.

Like the savanna and the rainforest, coral reef requires fairly specific environmental factors in order to exist. The temperature is usually between 21-29 degrees Celsius. The reason this range is idea is that coral is actual a mutualistic relationship with algae called zooxanthellae. If the temperature increases too much then the zooxanthellae starts to produce toxic compounds to the coral and so the coral has to kick it out. Nutrient levels must be low because otherwise, microalgae will out-compete the corals. This is why the coral must be in a relationship with zooxanthellae because it lives in nutrient-poor water. In order for the zooxanthellae to undergo photosynthesis, the water must have a high light availability. Plating coral has evolved its shape so that it can absorb more light because it has a large surface area. In addition, the water cannot be too acidic or the rate of decalcification will be too great for the coral to form. The coral reefs provided great nursing habitat for dolphins, and whales raising their young. However, they do not have much food. Therefore these animals have adapted to use the reef as nursery habitat but migrate north to waters with more food. Because coral reefs have nooks many animals, particularly fish have adapted to live in these. They have flat bodies that are highly maneuverable.