Recently I had the joy of going birding with a local group in a small park in Brookhaven, Georgia. We saw over 33 species.

I was surprised that members of the group were excited to see double-crested cormorant (Phalacrocorax auritus). There is a common misconception about them that I have heard mostly due to the increase in their population, particularly on Lake Champlain in Vermont, where I grew up. When DDT was banned in 1972, it opened the door for the cormorant population to expand and it did. On Lake Champlain, the populations went from one breeding pair in 1981 to over 4,500 breeding pairs. Cormorants are piscivorous, meaning that they consume fish. Their population growth raised concerns with fisherman, one of which who told me that cormorants are an invasive species. To further this belief, the state of Vermont in 1999 began to oil the eggs of the birds. This prevents gas exchange and kills the birds in the eggs. The birds prefer to eat fish that are between 3 to 6 inches. On Lake Champlain, it has been shown that most of their diet is yellow perch (Perca flavescens) and alewives (Alosa pseudoharengus). Rarely are trout and salmon found in their stomachs, except when the fish are released annually into the lake from fish stocking facilities.

For more information about Cormorants 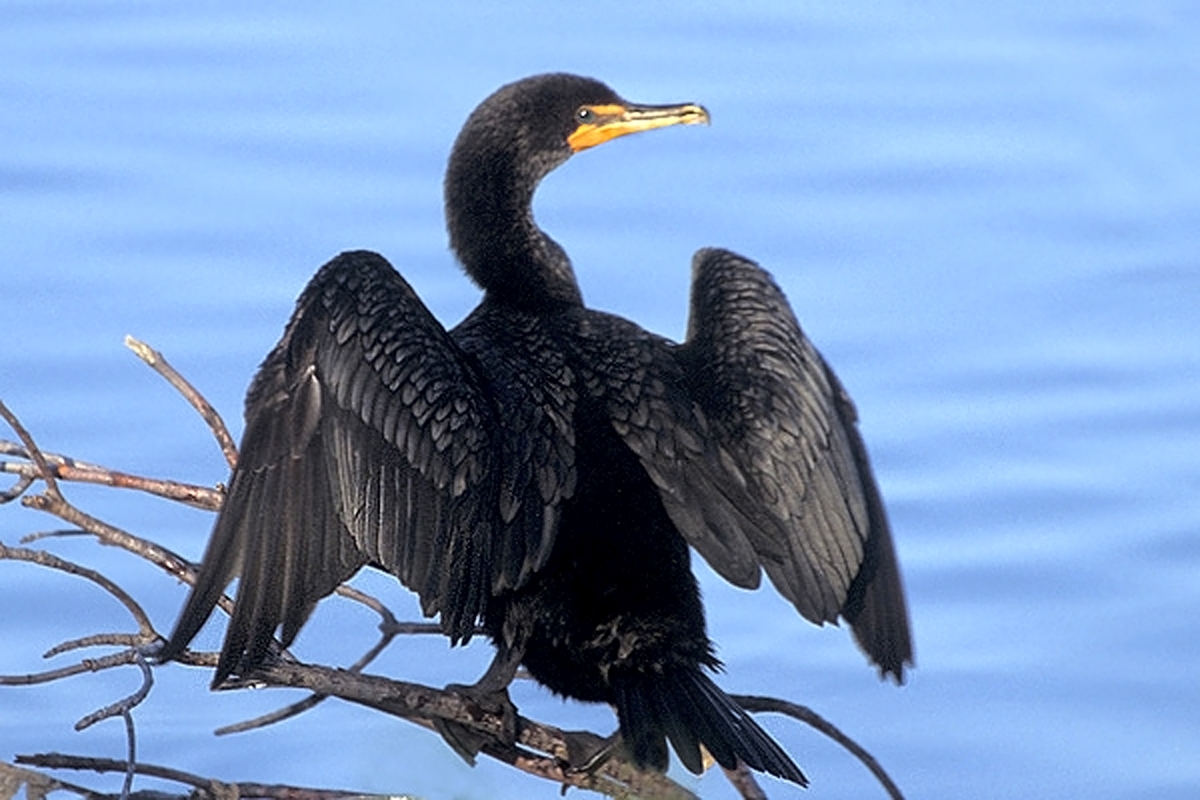 We also saw 17 tufted titmouse (Baeolophus bicolor), which I learned to identify by their classic peter-peter-peter call. They are year-round residents of this area and in most of the Eastern United States. They often flock with chickadees, nuthatches, and woodpeckers. Flocking means that predators are less likely to capture one as more birds are on the lookout for them. Food gathering efficiency is also increased by flocking behavior. In addition, there is reduced inter-species aggression which reduces competition. If you would like to attract tufted titmouse to your property they visit bird feeders and also benefit from nesting boxes. It is important to place a guard around nesting boxes to protect from predators and to place the boxes up well before breeding season. 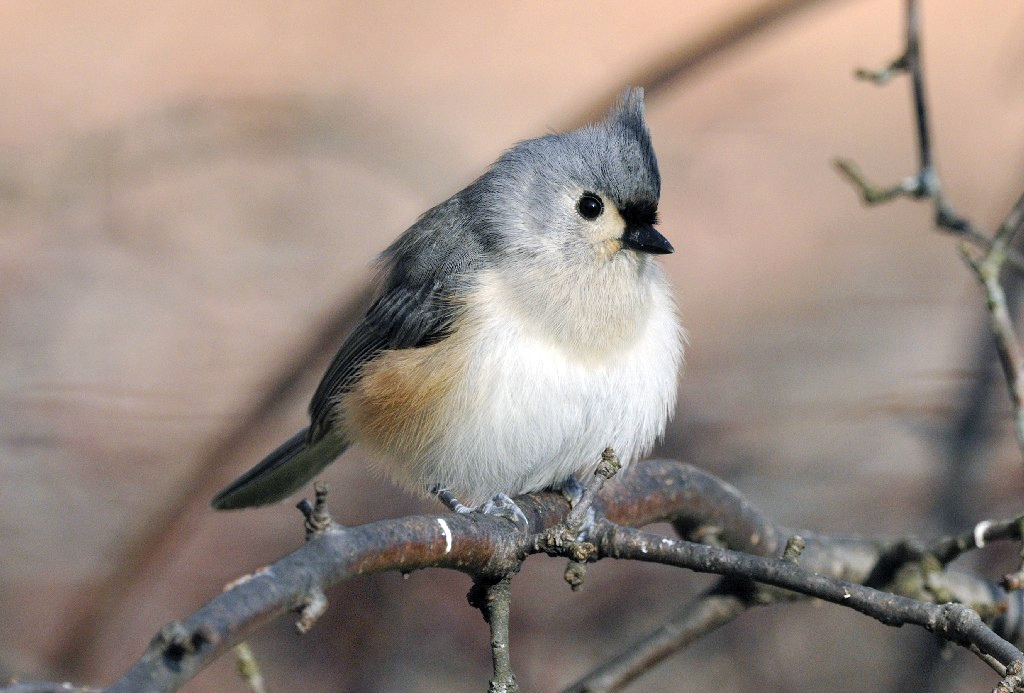 I was very happy to see the Vermont state bird; the hermit thrush (Catharus guttatus). They overwinter from Southern Pennsylvania to Central America. They are a chunky bird, similar to the american robin. Primarily they hop around the understory of the forest and are often very well camouflaged. They even nest on the ground.  They mostly eat insects but adults have been seen trying to feed salamanders to their young. To hunt for insects they shack grass with their feet. In the winter time, when insects are less available, they will also consume fruit. In the winter they also flock with kinglets, chickadees, titmice, and brown creepers (Certhia americana). They migrate at night, like most birds, and can be drawn to transmission towers and skyscrapers. While hermit thrush populations are stable other birds that are victims of this death do not have stable populations. Lights out Atlanta is a project by the Atlanta Audubon Society that tries to promote skyscrapers turning out lights at night to prevent these deaths. More information here 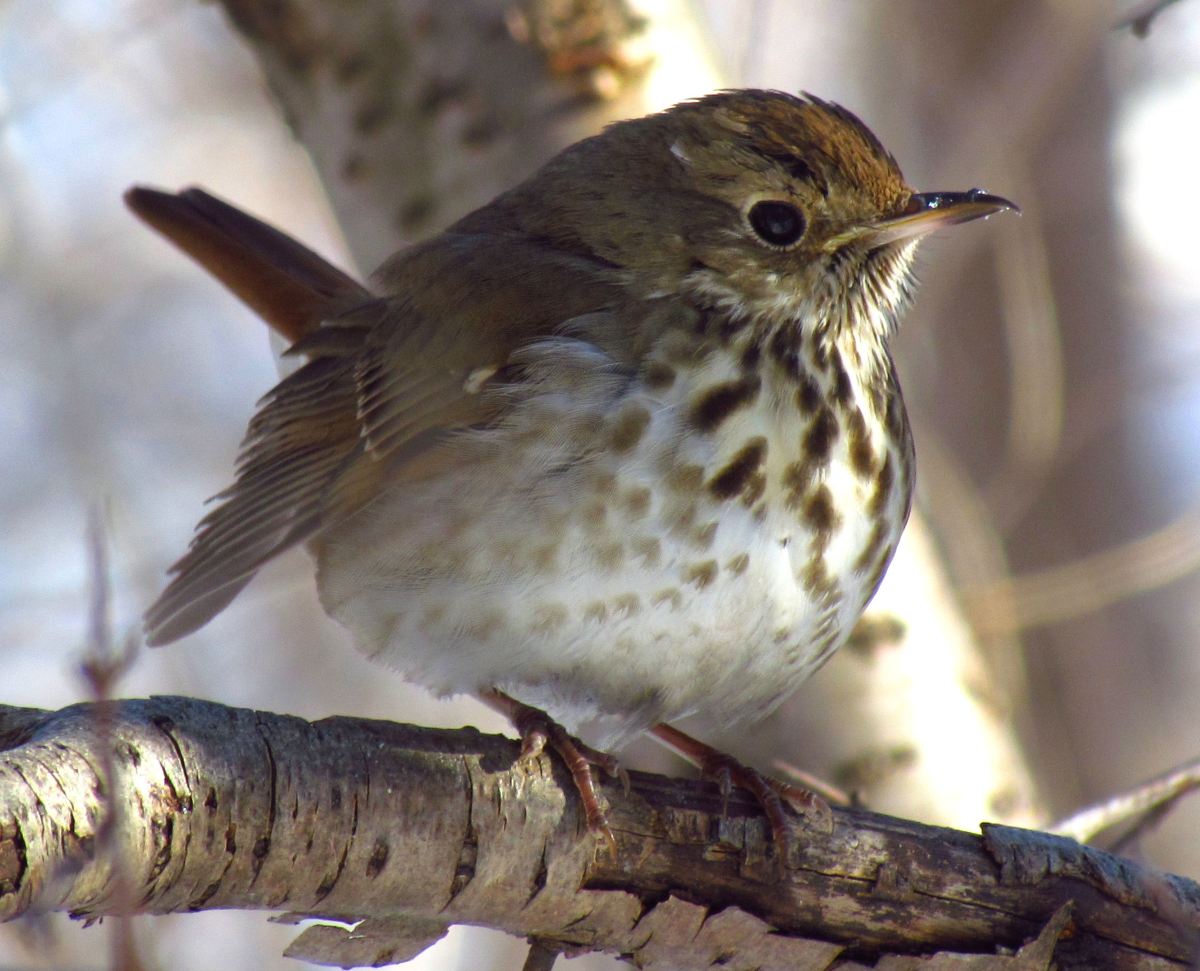 Butterbutts are the nickname of one of the birds we saw: the yellow-rumped warbler (Setophaga coronata). They are affectionately called that because it looks like they have a little pad of butter on their butt. Although, their plumage is not as striving in winter to both avoid predation and avoid the high energy cost of producing bright pigments. They exhibit a behavior known as sallying, in which a bird flies from a branch, catches an insect and flies back to the same spot on the branch. The species is composed of two subspecies that actually used to be considered two different species. They are the “Myrtle” Warbler and “Audubon’s” Warbler. The “Audubon’s” Warbler can be found in the west and has a white throat, while the “Myrtle” Warbler lives in the east and has a yellow throat. In the Canadian Rockies, the two subspecies hybridize, which raises the age-old question of how we define species. 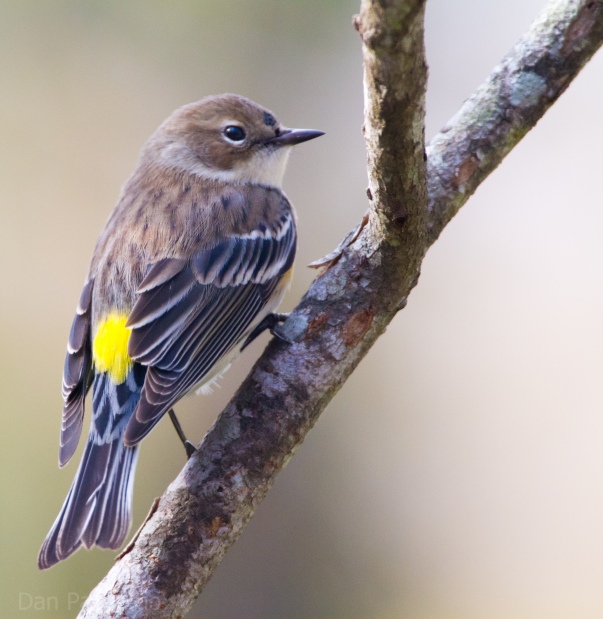 We also saw song sparrows (Melospiza melodia) which can be hard to identify because they have a wide range of regional variation and have a number of other species they are confused with. The birds are found all over the US and Canada. Alaska’s Aleutian Islands birds are twice the size of those on the mainland, desert birds are pale while those of the pacific northwest are darker. It is theorized that birds are darker in moister climate because the presence of more melanin in their feather helps prevent decay and wear, especially against feather mites. Despite all these regional differences the birds actually have low genetic diversity, likely from outbreeding depression. Song sparrows are fairly monogamous but up to 20 percent of males will sire young with birds other than their partner. 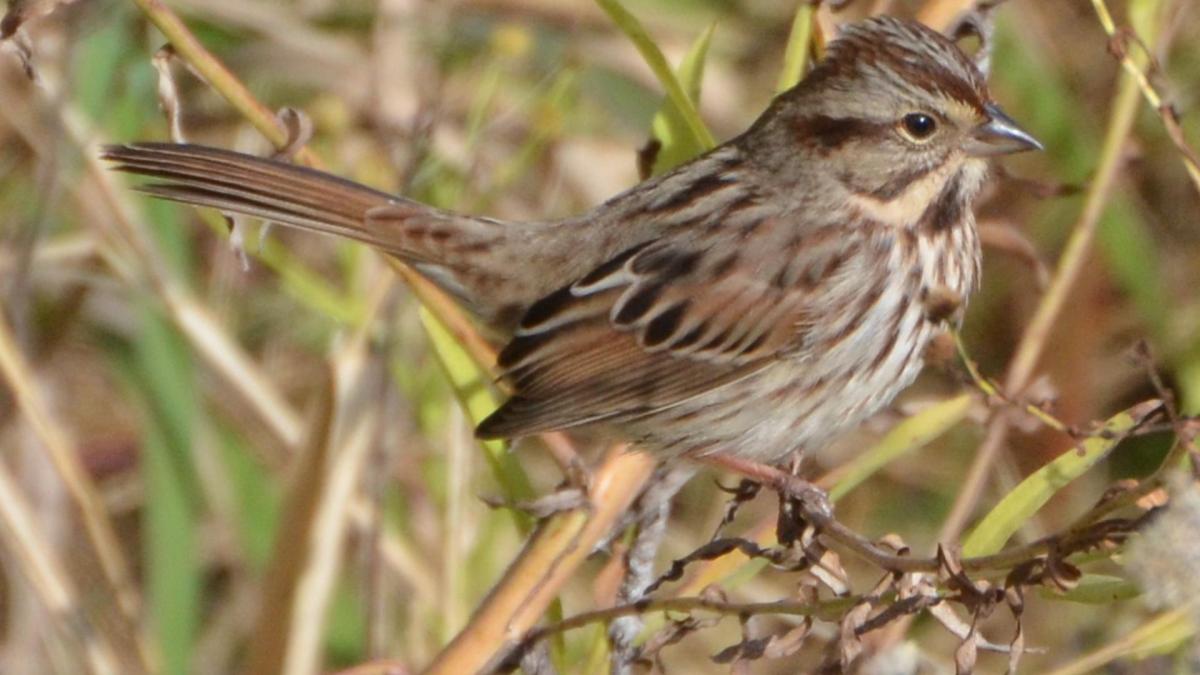 The last bird I would like to highlight in this post is the yellow-bellied sapsucker (Sphyrapicus varius). This bird has really interesting adaptations to its diet. It pecks holes in a tree so that the sap runs and then it consumes the sap and the insects that gather to feed on the sap. It has a specialized brush like tipped tongue in order to do this effectively. Generally, they peck shallow holes in rows on trees. They prefer young birch trees or any species of maple but they have been observed drilling holes in over 1,000 species of plants. They have two types of holes that they drill in trees; round holes that are deep and square holes that shallower. The square holes must be constantly maintained to ensure that sap continues to flow and that the tree doesn’t scar over. Hummingbirds are also visitors of these holes. In fact, in Canada the ruby-throated hummingbird (Archilochus colubris) times its arrival with the yellow-bellied sapsucker. In college, I had the joy of helping to band some yellow-bellied sapsuckers. Since they use their tails to prop themselves up on tress the tails feather are very stiff, which is common with woodpeckers. 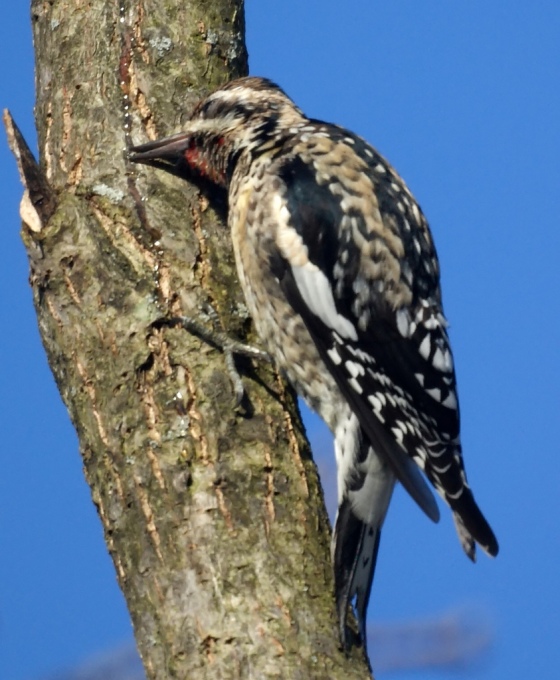