The class Amphibia contains amphibians which are some of my favorite animals. There are three major types which are frogs & toads (order Anura), salamanders (order Caudata), and caecilians (order Apoda). All these orders share certain characteristic including being endothermic, meaning they are unable to regulate their own body temperature. They have both lungs and gills, typically they have gills in the larvae stage but then develop lungs in the adult stage. Their eggs are anamniotic, meaning they are covered by a gelatinous mass that protects the eggs and prevents them from drying out. The warmer and moister an area the more likely it is that they will have more species of Amphibia.

The order Anura contains both frogs and toads, and over 3,400 species! They have longer hind legs than front legs which gives them the ability to hop. The tail is lost in the adult stage and adult males are typically the only ones that vocalize, and they do so to attract mates. Within the order, there are a few distinct families which include the tailed-frog (Ascaphidae),  spadefoot toads (Pelobatidae), narrow-toed toads (Leptodactylidae), true toads (Bufonidae), and true frogs (Ranidae). These are only 5 families. I will post later but this is a good start. If you learned the basic characteristic of each family it will greatly improve the speed and accuracy with which you can identify species.

Going back to the salamanders, order Caudata, they are distinct by a long slender body, four limbs, and tail. There are 340 species worldwide. They almost call have smooth skin and glands that promote poison. Salamanders can be found in soil, leaf litter, or in water bodies. They have internal fertilization via spermatophores, which means that the male gives a packet of sperm to the female which she absorbs into her body to fertilize eggs. Breeding occurs in the early spring, often with the 1st warm rain. Salamanders start to migrate to the breeding location, in this process road present a huge barrier to them. Some states even have groups that go out during this time and act as crossing guards for the salamanders. If you are interested I found groups in New Hampshire and Vermont. Sexual dimorphism is common in salamanders meaning that the males and females have different physical characters. The 5 families I will talk about in this blog post are giant salamanders (Cryptobranchidae), mole salamanders (Ambystomatidae), Conger eels (Amphiumidae), lungless salamanders (Plethodontidae), and newts (Salamandridae).

Finally, the last order, Apoda, contains caecilians, which are the lesser known group of amphibians and for good reasons. Caecilians is latin for blind ones. They are basically salamanders without legs, although some do have very tiny legs. They live underground and very little is known about them. There are 160 species. THeir eyes may be covered with bone or skin. They hunt prey underground using their head as a sensor. My old biology professor called them nightmare material. vivipary is common among them, meaning that the young develop inside the mother and then they are born. They are found in the tropics in of South and Central America, Africa, and southern Asia. Their skin contains calcite scales which led scientists to originally think they were related to Stegocephalia which is a salamander/ lizard-like creature that lived 350 million years ago. 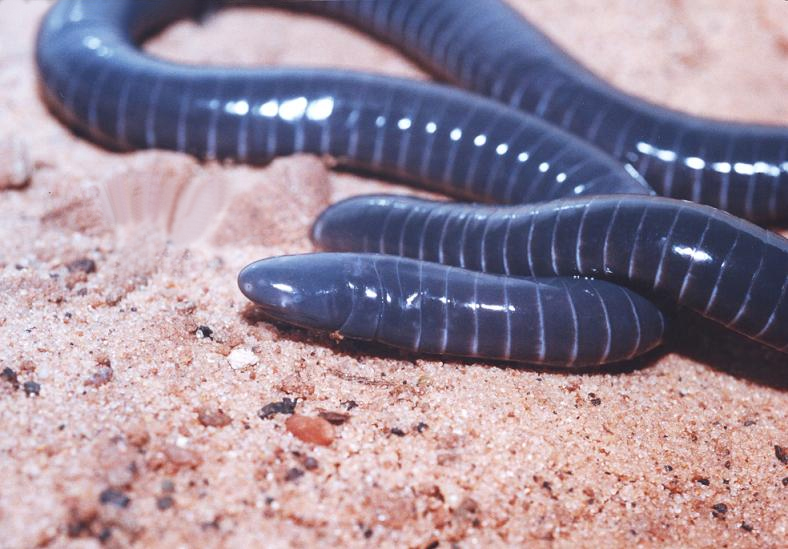